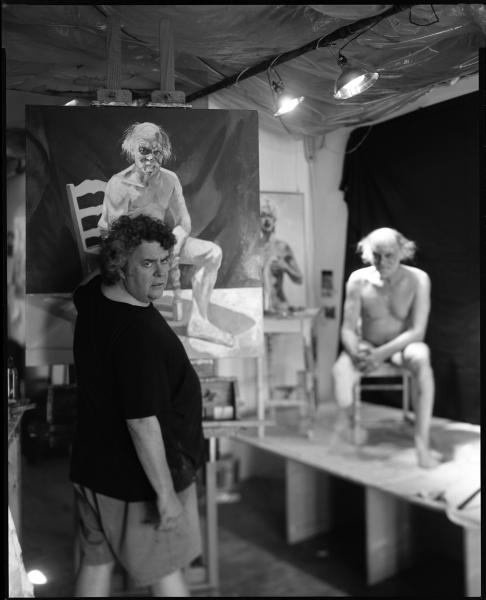 Michael Costello is an established painter active in Boston and Provincetown. Costello studied at The School of The Museum of Fine ArtsIn 1978 he moved to Provincetown Mass where he has actively shown for over 30 years.

the area. At this time he started traveling to Europe annually to work plein aire as well as

working in various artist residencies. In 2008 Costello became the first recipient of the

Pollack-Krasner Masters to Byrdcliffe. Costello has continued to show in Boston and Provincetown galleries, where he currently splits his time.

His work may be found in both public and private collections including, The Smithsonian National Portrait Gallery, The Federal Reserve Bank, Fidelity Investment,The Boston Public Library, PAAM, and The Kemper Collection .

Copyright © 2013 by ArtSpecifier, All Rights Reserved Artworks shown on this website are copyrighted by the artists unless otherwise noted and may not be reproduced without permission of the copyright holder.
Powered by Bondware
News Publishing Software