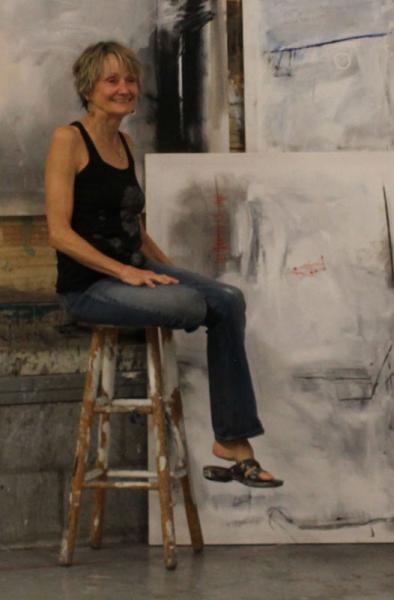 Judy didn't start painting until she was 26 years old.  From an early age she loved art and visited art museums and galleries but never thought she had creative ability.  While living in Peru, SA an artist friend encouraged her to paint.  The first time she applied oil paint to a canvas, she was "hooked". That was over 40 years ago and Judy has never stopped painting.

From 1971 to 1984, Hintz Cox worked with several artists who spent time critiquing her art which was invaluable. In 1984 she received a BA in Studio Arts from the University of MD. Her first BA in Sociology/Psychology was from William Jewell College in 1966.

Judy has been exhibiting throughout the USA since 1986 when she had her first two person show at Sixth Sense Gallery in NYC.  She has had thirteen solo exhibitions, the most recent in 2016 at the Contemporain Gallery in Baton Rouge, LA.   She is presently represented by eight galleries throughout the USA.

Her artwork is in many private residencies including Kelsey Grammer's and is in several public collections including Reliance Steele & Aluminum Company and Hale & Dorr Law Firm, among others. She has donated much of her art to charities. She paints in her studio in Oak Island, NC.