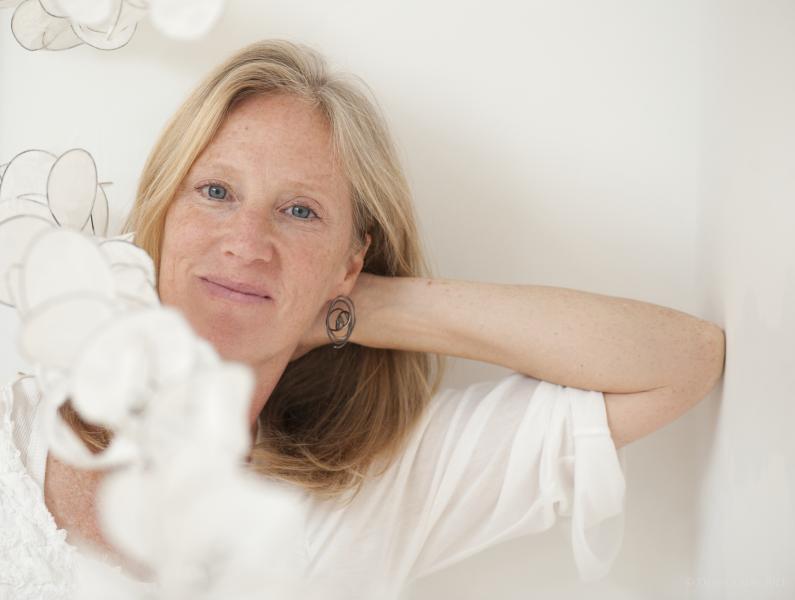 Radochia studied art at the School of the Museum of Fine Arts at Tufts University in Boston, Massachusetts and art and business at Hartwick College in Oneonta, New York. Her pronounced athleticism, creativity, and ability to design, draw, and build propelled her into making sculpture. She’s developed and combined her interests in sculpture with photography, drawing, architecture, numerics and science. She has been working in New England for over twenty-five years with working projects abroad in France, Italy, and the Netherlands. In 2018 she returned from an artist residency at the American Academy in Rome, Italy.