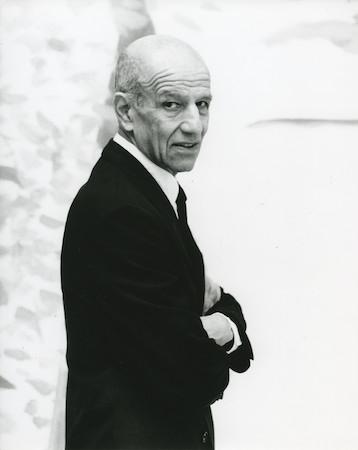 “I don’t like excessive emotion. Always liked a bizarre harmony. I liked basketball and dancing and loved the aggressiveness of advertising and the idealism, the happy endings.”

Alex Katz is one of the most recognized and widely exhibited artists of his generation. Often associated with the Pop Art movement, Katz began exhibiting his work in 1954, and since that time he has produced a celebrated body of work that includes paintings, drawings, sculpture, and prints.

His earliest work took inspiration from various aspects of mid-century American culture and society; including television, film, and advertising, and over the past five and a half decades he has established himself as a preeminent painter of modern life.

Since the 1950s, Alex Katz's work has been the subject of more than 200 solo exhibitions and nearly 500 group exhibitions around the world. His work can be found in nearly 100 public collections worldwide.

In 1968, Katz moved to an artists’ cooperative building in SoHo, where he has lived and worked ever since. He continues to spend his summers in Lincolnville, Maine.