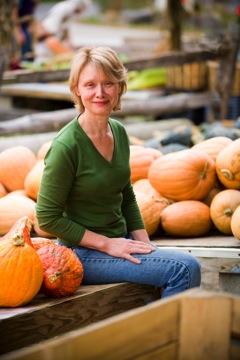 “Flowers actually move (towards light). I don’t want to have to deal with that.”

Painter Janet Rickus is meticulous in her approach to the still life compositions she renders in oil on canvas and panel.

Mostly self-taught, Rickus was born in Massachusetts where her parents owned a grocery store. Interestedly she primarily paints fruits, vegetables and vessels that are almost always arranged at eye level. She paints exclusively during the day, preferring natural light.

Carefully composed according to form and color, the objects assume personalities, interacting with each other, the space that surrounds them, and the viewer.

Rickus received a Massachusetts Cultural Council Artist Grant in Painting.  Her work has been shown in galleries across the northeast, including Hoorn-Ashby in New York, and she was the subject of a solo exhibition at the Museum of Fine Arts, Springfield, MA. Rickus lives and works in Great Barrington, MA.